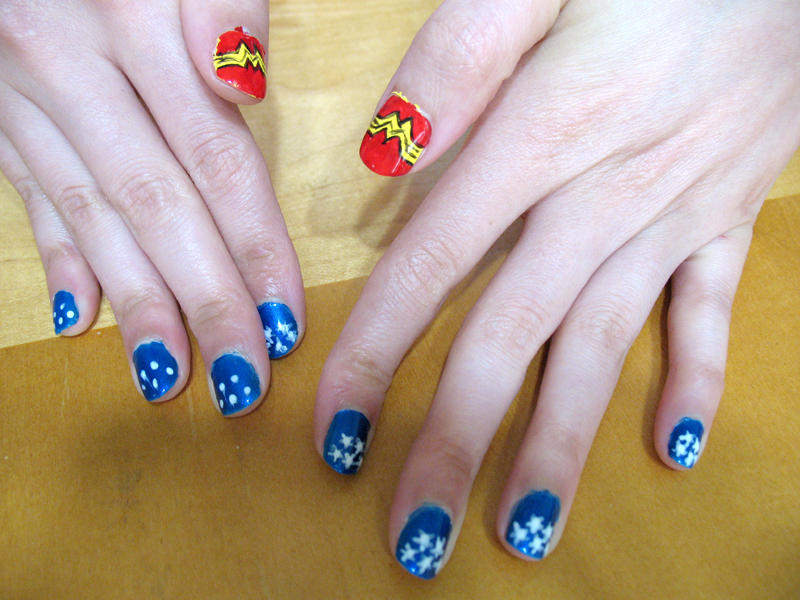 Hey y’all! I know it’s been a month since it opened in theaters, but I had to post my attempt at a Wonder Woman-inspired manicure. I don’t normally do elaborate nail art, but I was so excited to see this movie, I just had to try something to honor the occasion. 🙂

So in a nutshell, I started with a yellow base, then I taped the logo I sized & printed out on my thumbs as a stencil before coloring outside it in red. I figured I would take the less difficult route and build the logo from the lightest to the darkest color, while painting in the black outline. For the most part it worked, even though it was a little messy.

With the rest of my fingers, I colored the nails in a shimmery cobalt blue. After that, I made white dots as a base for painting the stars. This was the hardest part since I’m only right-handed and small-detailed work is difficult for me. I was able to do my left hand in the stars design, but my right hand just had to satisfy itself with dots pretending to be stars. I don’t think Wonder Woman would mind. Or maybe she would; she is a perfectionist after all. 🙂