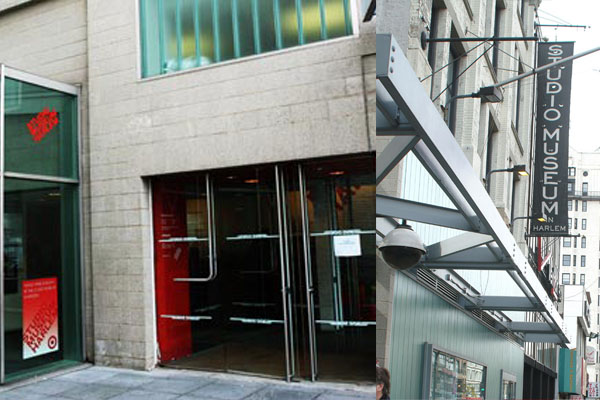 A while ago, I took a trip to NYC for a good friend’s thesis presentation and decided to spend the week exploring the city and rejuvenating my creative juices. I have yet to visit the Studio Museum in Harlem and they have free admission on Sundays, so this place was my first stop.

Overall, it was a very intimate place, just a bit larger than your typical gallery, and not as crowded like most museums. I was able to really admire their art collection without too much stress and rush. My only gripe was that there was no photography of any kind allowed, and I like to document certain works that inspire me technique-wise. There’s only so much an artist can know, and it’s always nice to learn another skill for making things. On a positive note, the Studio had free postcards and info booklets on all their exhibits for visitors to keep, so I was able to get a little help documenting what I saw. 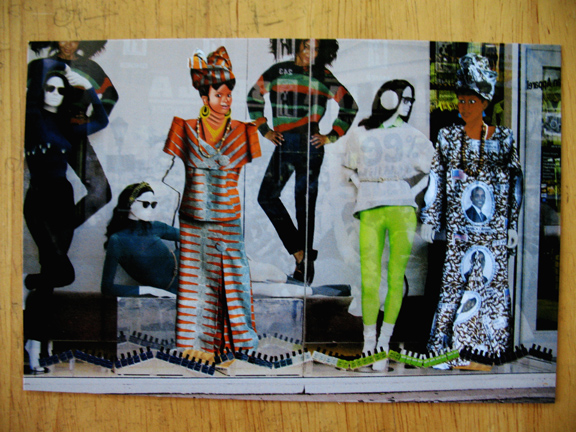 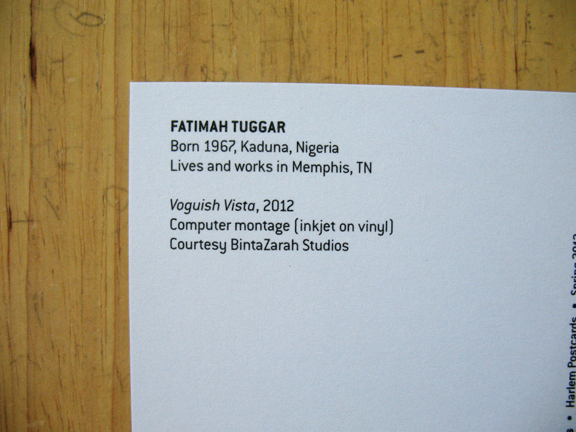 This postcard came from the first exhibition, Harlem Postcards, where various artists got to design postcards that represent the neighborhood. This one was my favorite, Fatimah Tuggar’s “Voguish Vista.” She basically melded photos of 2 retail store windows together: American Apparel and a local place called Daisy’s Fashion Designs. The piece’s message discusses the “modern sensibilites of cultural products and its relation to fashion and business.” I had actually just came from an American Apparel branch near the museum, where I saw some skirts that looked like they were made from traditional African kente cloth for about $40-$48. As a fashion fan, I am aware of the industry’s penchant for using ethnic aesthetics for design ideas and the politics that accompany them. Since I have added sewing to my skill set, I have played with the idea of making a skirt using kente cloth, but I want to do so responsibly. Seeing this postcard after coming from that store amused me very much. 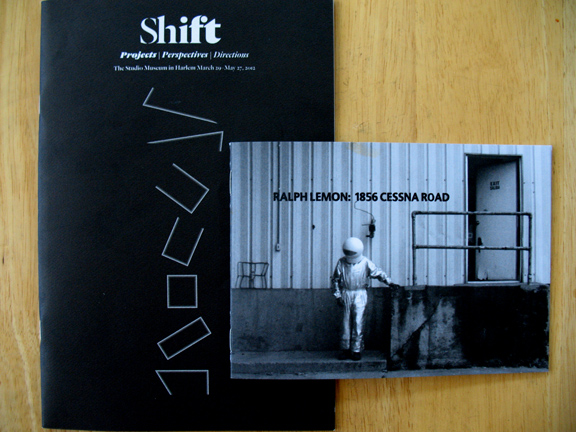 These brochures document 2 major exhibitions that I spent the most time looking in. Shift: Projects, Perspectives, Directions contains 7 presentations with different yet overlapping narratives discussing topics such as familial bonds, technology, historical lineages, and cultural reverences. Ralph Lemon: 1856 Cessna Road artistically documents a collaboration between the artist and an elderly resident from Mississippi.

From the Shift exhibit: 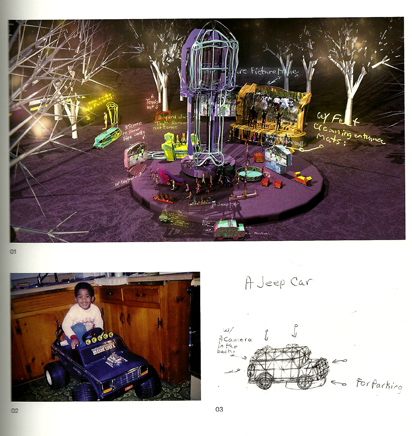 This was a multimedia project done by artist Jacolby Satterwhite that emphasizes the idea of self-portraiture while exploring the specific social and cultural components. His mother was confined to the house because of mental illness, and she used to draw manufactures objects seen in TV commercials. Satterwhite reinterprets these drawings in an animated video combined with footage from a family outdoor barbecue and 3D renderings of futuristic landscapes and the artist voguing among that space. It was an odd but creative self-portrait of a man and his many significant influences throughout his life, as well as a fitting tribute to his mother in time for Mother’s Day. 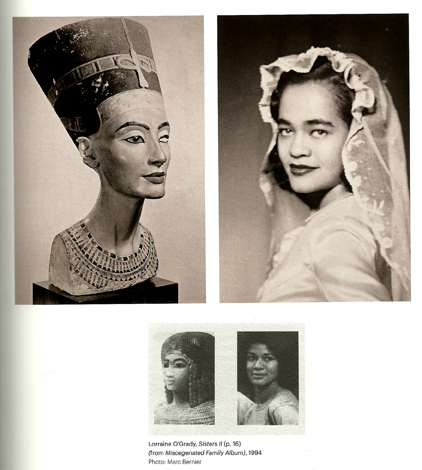 This project was simpler than Satterwhite’s, but I really enjoyed Ms. O’Grady’s loving tribute to her sister Devonia. The 2 of them apparently were estranged for years before they reconnected, but Devonia suddenly dies soon after at 37. Due to Lorraine’s time spent in Egypt, she discovers similarities between her sister and the famous Queen Nefertiti. In this piece, she pairs diptychs of Nefertiti and her family (sister and 2 daughters) with ones of her, her sister, and her sister’s 2 daughters. Normally I would think someone can pair their picture with any historical person, but all these women do share a remarkable resemblance in each of their faces. I found the visual connection of the past with the present between history and family very clever and self-explanatory. 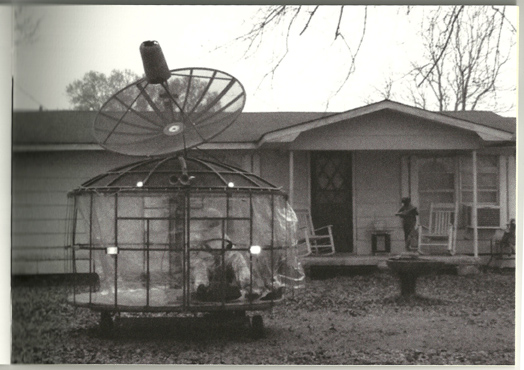 This is a still from Ralph Lemon’s short video “1856 Cessna Road.” Set in Little Yazoo, Mississippi, it follows his elderly collaborator Walter Carter dressed in a spacesuit, as he explores a outer-worldly landscape referenced by medatative sci-fi films like Andrei Tarkovsky’s Solaris (1972) and Godard’s Alphaville (1965). I have to say I didn’t quite get what Lemon’s motives and message were in this exhibit. I needed to spend more time watching and viewing what was there, since some of it was a little subversive. However, it seemed like the artist and his muse had a great time together coming up with this idea. Black people are generally not present in most science-fiction stories, and that part of it captured my interest, wondering what kind of story can a black man get from a place like Yazoo that explored technology, nature, and the future. From the looks of it, a lot. 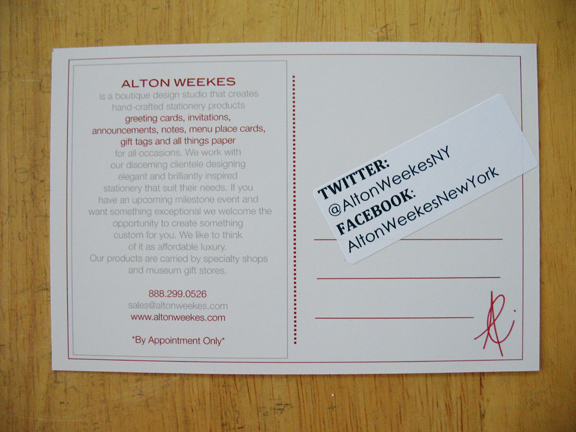 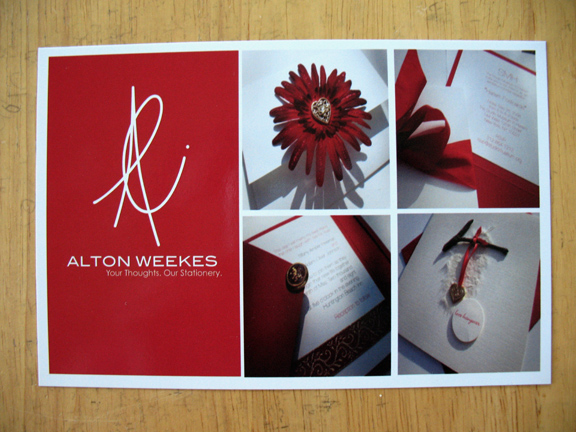 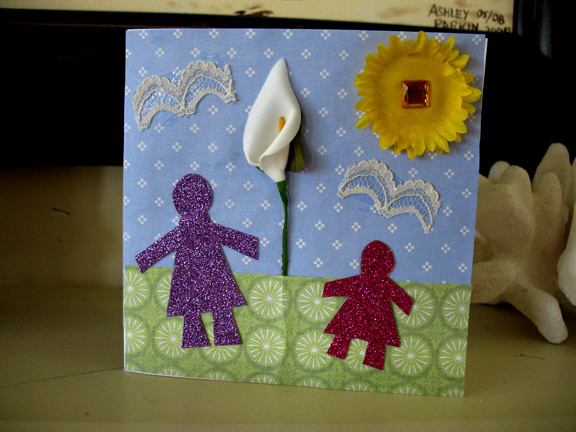 Because of Mother’s Day, the Studio Museum had an activity scheduled for all visitors to make cards, with help from Alton Weekes Stationary. Since I haven’t yet bought my mom a card, I decided to participate and made the card above. For the record, my mom loved it. 🙂