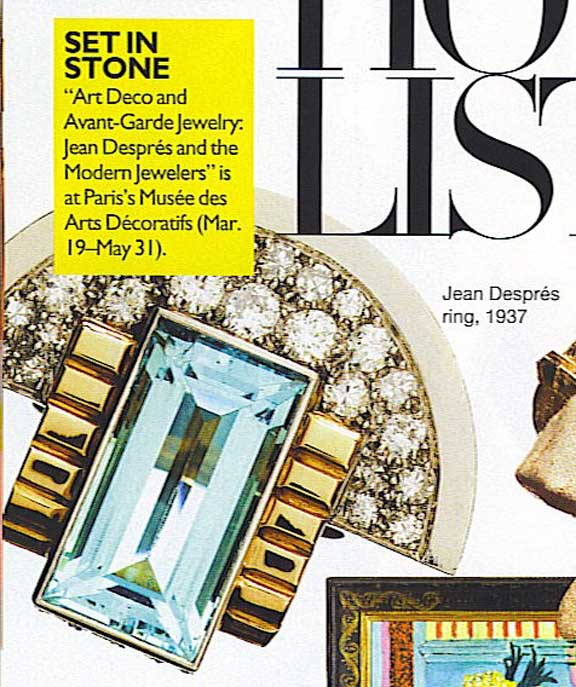 I saw this ring from 1937 inside one of my old Harper’s Bazaar issues (March 2009). It was part of a blurb on an Art Deco and Avant-Garde jewelry exhibit at the Musee des Arts Decoratifs. I thought it looked GORGEOUS and wondered if I could make something similar for myself. I had some leftover acrylic plastic from a previous project and I decided to create a pendant/brooch that looks like this cool ring. 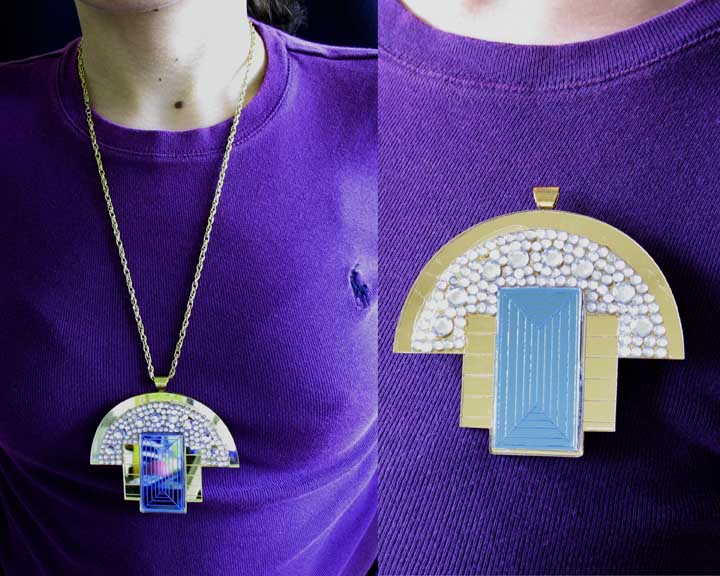 Here is the end product. It came out pretty nicely, although I wished the flat-back rhinestones came out a little more sparkly. They seem to be filtering the glue behind it into the stone, but other than that, I like the outcome a lot. The laser-cutting was a little more costly so I won’t be recreating this frequently without some serious coin. 🙂

After I laser-cut the piece I outlined the specific area with the small rhinestones first. Then I glued the larger stones in the middle, and filled in the spaces with as many small stones as I could. Next I glued a laser-cut blue plastic piece that resembles the blue stone in the ring to the front and a pendant bail and pinback on the other side. After 72 hrs. it was ready to be worn.